Unisex fashion: get rid of the gender tag from cloth

Is there gender of our cloth? How do we define what man and reman should wear? These are interesting question that disclose a popular topic in fashion industry: sexual power.

Victoria stunned in this elegant and sophisticated black trouser suit in this picture. But what really appeals me is that this couple both wear black suit and show the same charming.

If you look over Victoria Beckham’s collection, she seldom uses the cutting or texture that will emphasis the female features in her design. Instead, she tries to deliver the modern, strong and independent impression as a woman.

We should stop considering men in powerful positions using them to abuse, harass and sexually manipulate women, or put the tag on women and expect them to wear the sexy cloth to show their charm and female side.

The idea that clothing has anything to do with assault is global and persistent. For the same design of a T-shirt for both man and woman, normally the designer narrow the waist for women’s section. But what if the girl just don’t want that cutting to make their waist look like hourglass?  There is nothing wrong with a girl who want to wear man’s bagged cloth because that could be they was she show her personality and opinion about fashion.

The change is happening and gender no longer dictates the way people dress.

Guess jeans is launching His + Hers, a line of wardrobe staples that—despite the name—attempts to “blur the line” between the sexes. As you can see, the mass-market retail such as H&M and GAP, they have produced wildly successful globally marketed clothing lines founded on a basic range of simple unisex separates: T-shirts, jeans, trousers, sweaters, and jackets. Their domination of the clothing market stems from their affordability, accessibility, and their capacity to transcend age, gender, and perhaps most importantly, trends.

Here we got some good unisex fashion:

This gender-neutral brand is designed by Fabio Costa, who was the runner-up of “Project Runway” Season 10, and was also featured in the “Folk Couture: Fashion

and Folk Art” at the American Folk Art Museum. The elements of pink and wide-leg pants used to be linked wiht female wearing, but nowadays man can wear them as casual outfit. 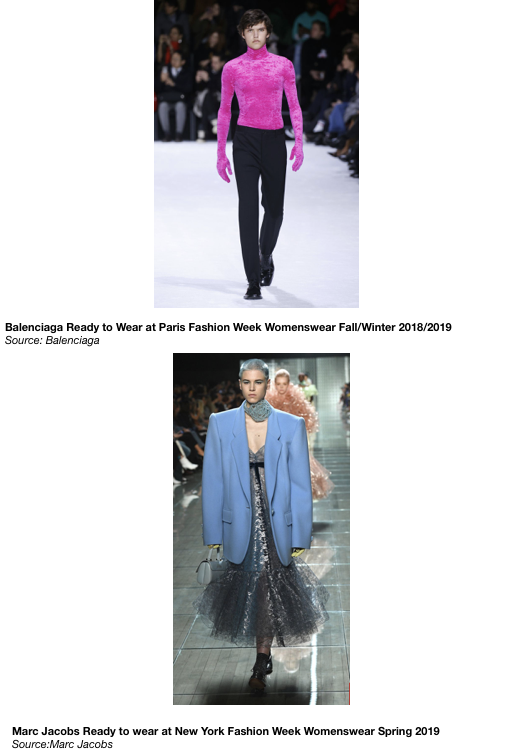 It’s It is easy to think that attitudes towards gender are changing when you’re speaking to people in fashion, where anything goes in order to get the right look. It is the trend that every boyfriend and their fashion girlfriend both can wear nicely.