The House of Dior - The Beginnings

In celebration of the 70th anniversary of the prestigious couture house of Dior we take a look into the world of the French Courtier, Christian Dior, his beginnings, his designs and his connection with Australia.

Christian Dior had modest beginnings in the fashion industry, he was employed by the fashion designer Robert Piguet, who gave him the opportunity to design for three Piguet collections. Dior was quoted to say that 'Robert Piguet taught him the virtues of simplicity through which true elegance must come’. One of his original designs for Piguet was a day dress with a short, full skirt called ‘Cafe Anglais’ which was particularly well received.  Dior left Piguet when he was called up for military service.  In 1942, when Dior left the army, he sold fashion illustrations, which also gave him an entrance into the fashion house of Lucien Lelong. He worked alongside Pierre Balmain as both of them became the primary designers for Lucien Lelong. For the duration of World War II, Dior, as an employee of Lelong designed dresses for the wives of Nazi officers and French collaborators. His sister Catherine served as a member of the French Resistance and was captured by the Gestapo, and sent to the Ravensbrück concentration camp, where she was incarcerated until her liberation in May 1945. 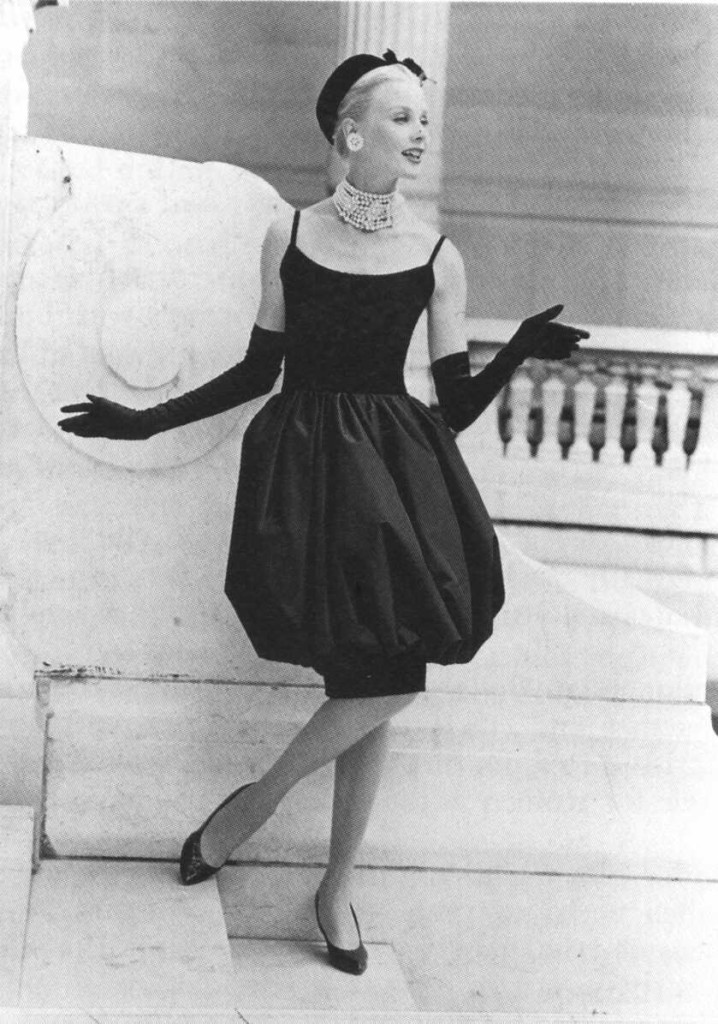 Established in 1947 the Christian Dior brand launched its first spring/summer collection in Paris.  In the same year Pierre Cardin was made head of the Dior workshop and the first perfume called Miss Dior, named after Christian Dior’s sister Catherine was also launched.

Dior’s first collection had 90 different looks and was christened the New Look by US Harper’s Bazaar magazine editor, Carmel Snow.   It defied post-war fabric restrictions, and at the time the designs were considered very opulent and contrary to the grim reality of post-war Europe.  Famous Hollywood stars such as Rita Hayworth wore these pieces raising the profile of Christian Dior significantly.   King George V forbade the princesses Elizabeth and Mary to wear Dior’s designs for it may have set a bad example at a time when rationing was still in place.  Princess Mary later became one of Dior’s most loyal customers.

In 1948 Dior opened its first parfume shop and ready-to-wear house on 5th Avenue.  By 1949 the New Look line was making a profit of 12.7 million dollars and the Diorama fragrance was also launched.

In 1949 Douglas Cox travelled to Paris to meet with Christian Dior to discuss creating and selling the Dior dresses in Australia. Dior and Cox agreed, signed a contract for the dresses to be recreated in Cox’s Flinders Street, Melbourne studio.    A young budding designer Jill Walker was part of the team for Douglas Cox who later went on to have her very own successful label.

Cox presented 150 styles with 60 Dior models with the pieces being shown in Melbourne June 9th – 24th 1949.  The agreement between Cox and Dior put Australia on the dressmaking fashion global stage. The Dior-Cox pieces have become some of the rarest fashion pieces in Australian couture.

Melbourne is one of the three cities chosen to help celebrate Dior’s 70th anniversary along with Paris and New York. One of the highlights will include surviving examples of Christian Dior’s New Look collection.

The exhibition, House of Dior: Seventy years of Haute Couture runs from August 2017 – November 2017 at the NGV International, Melbourne.