Within the fashion industry a Set Designer conceptualises and executes ideas to help make a client’s vision reality. They are responsible for the artistic design and presentation of a stage or runway. Other responsibilities may include mapping out venues, scenery, props and landscapes and making decisions on whether or not construction is necessary to complement an overall production. We take a look at two industry legends who have set the pace within the fashion industry. 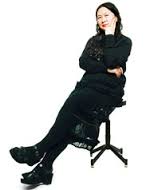 Nian Fish started her career as a set designer in the seventies as an assistant to Kezia Keeble former Vogue Editor and also the founder of Keeble, Cavaco and Duka (KCD) a PR and advertising agency.  At the time, KCD was assigned to collborate with fashion photographer Richard Avedon for a week long fashion project for Dior and Keeble was unable to assist him personally on this project so she assigned Fish to help the photographer. Fish stepped up to the plate and made such an impression on her employers, she was entrusted to more projects.  Fish later decided to go out on her own and with a talent for set design she became one of the industry's most successful creative director's for many of the world's most successful fashion brands.

In 2016, Fish helped Central Saint Martin’s graduate Han Chong with the first fashion presentation of his clothing label Self Portrait. Although the label is UK based, it was a young brand that wanted to expand into the USA. Chong already had high profile fans with the likes of Rachel McAdams, Kirsten Stewart and Reese Witherspoon. He also had top tier buyers such as Bergdorf Goodman, Matches, Nieman Marcus and Net-a-Porter.

Fish and Chong agreed to do a stationery presentation rather than a runway show. Chong wanted to show the colours of the clothing collection against a raw, single colour installation as the clothing collection itself was bright vibrant hues with blue, citron yellow and burnt orange.  So Fish along with prop stylist Natane Boudreau scoured New York to find 120 junk pieces which included old furniture, books, prams and statues and painted them all white. They gave these painted pieces to prop stylist Gregory Bissonette who stuck the pieces together and piled them high to make a juxtaposed 3D installation.  When the models were called in, they were asked to be creative by choosing to sit or stand within the installation.  The result was a striking visual presentation which captured the attention of not only the guests but the worldwide media. 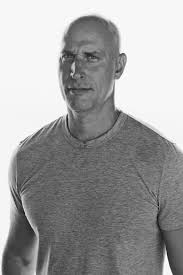 Stefan Beckman has created some of the most exciting fashion runway shows with over 20 years ‘experience.  He has worked with Alexander Wang, Coach, Victoria Beckman and Marc Jacobs.

Stuart Levers the Creative Director for luxury leather goods Coach teamed with Beckman to create an American West themed runway show for the launch of the luxury line Coach 1941.  The show was held in a constructed glass box on the Highline in Chelsea.  With Lever's love for the American West and Beckman finding inspiration from movies like Virgin Suicides they conjured up a highly designed set which included a sand covered stair entry to blonde risers that sat above a mirrored runway.  The venue was planted with 6000 native grasses by a landscape architect and were later donated to the Highline after the show was over. Once seated the guests were treated to a runway of beautiful leather goods, calico prairie prints and flirty patchwork tiered dresses. The set design was perfect to showcase this collection keeping Stuart Levers love for Americana on the right side of cool. 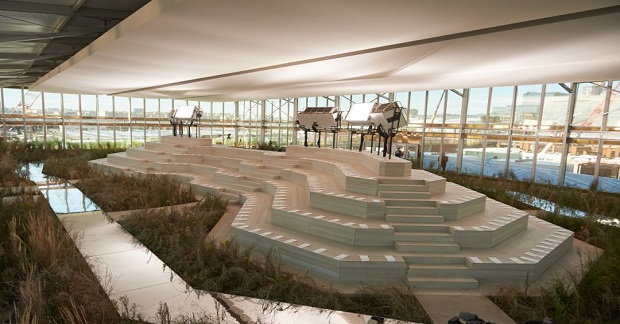 Stefan Beckman was also consulted to create something unusual for Alexander Wang’s collaboration with H&M.  The collection featured was a sport line. Beckman decided to construct a set that resembled  a gym along with a running track that the models would use as a runway whilst guests watched from bleaches.  A gigantic count-down clock gave the audience indication that the show was about to start as parkour athletes free fell from the roof and bounced off floors and walls. Following the fashion show, guests were given bracelets to purchase pieces from the Wang H&M collection three weeks before they were too due to go on sale to the public. 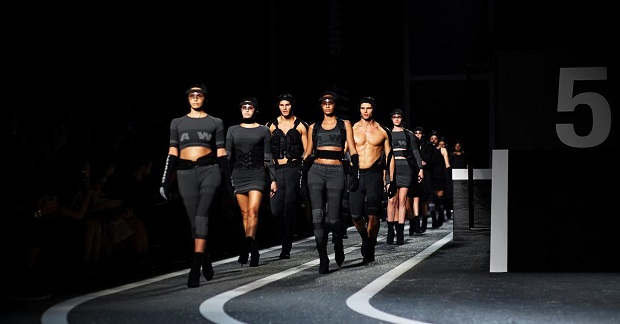 Whether it’s a private viewing or a massive visual production that engages the audience, there are two important considerations for set designers. That the overall experience makes such an impact that people see, talk and share about their client's brand for time to come and most importantly that consumers shop beyond and way after the show has finished.

Follow @stefanbeckman and see nianfish.com to see more of their work.