22 designers formed the Sartorial fashion collective at the Museum Contemporary of Art. Creations included an atomic angel that modulated sound through movement, and a geometric light concept where laser cut acrylic pieces were cleverly knitted together with an Australian grown and milled wool skirt.  Along with the design engineers who assisted in bringing their creations to life, the designers, teams and models walked amongst the guests who were able to engage with the teams and ask them various questions on their various concepts. 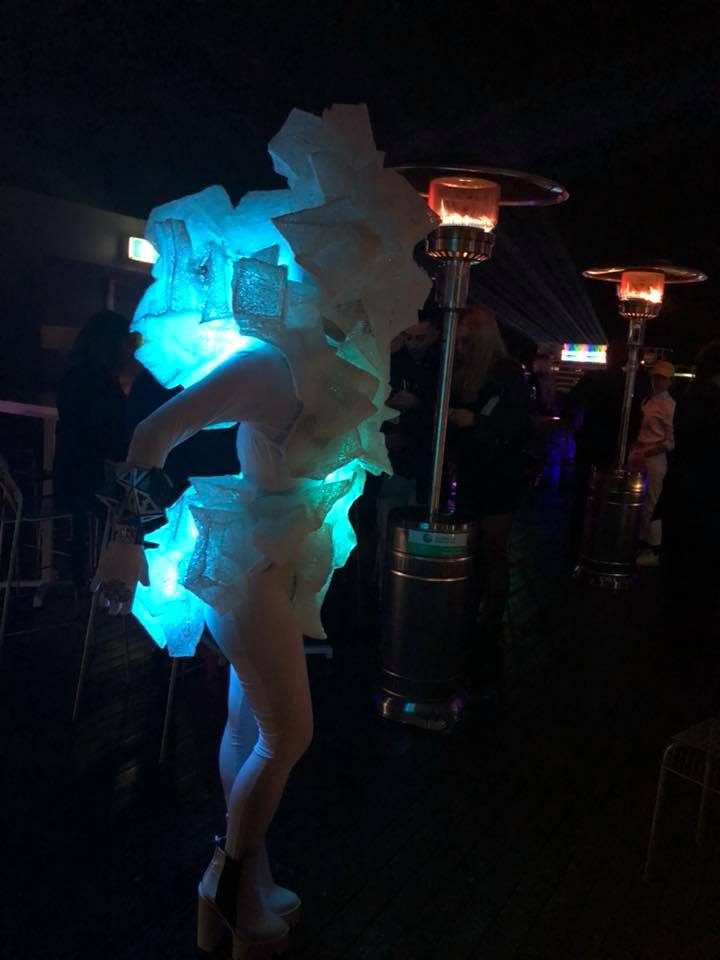 Crystal Matrix was created by Erica Gray a soft sculpture and wearables artist.  Gray enjoys traditional sewing and incorporates machine-based 3D printing along with luminescence effects within her creations.  The inspiration for this creation are architectural styles such as industrial, modernism and references to Walter Gropius and the Bauhaus Movement (celebrating 100 years in 2019).  The aesthetic, reflects crystalline structures in nature such as sheer cliffs and mountain-scapes. Zoran Zivanovic is an architect from the Gold Coast who was also involved in this project.  Zoran has a great interest in combining technology and architecture,VR,3D Visualisation, 3D printing and Software Coding. 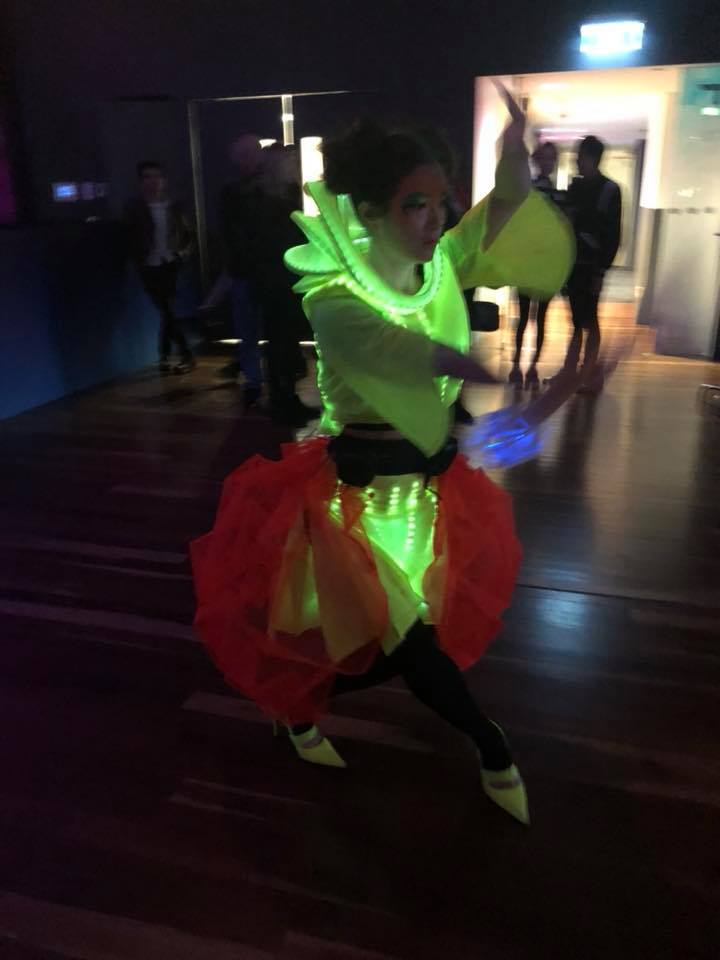 Atomic Angel was constructed from poly-netting fluorescent polyester with strapping and boning fixtures.   The electronics incorporated within the creation included LED light strips, powered speakers, 3D printing and sound. The garment allows the wearer to modulate sound through certain postures.  Mathematics, chemistry and fabrics are the elements of this construction. Origami folds, planes and curves come together with UV lighting.  Through movement sensors you could hear a symphony of smashing glass and swirling water.  Neilo Justo was the designer who provided the concept, Brian McNamara a sound sculpture artist and Loc Nguyen who works with digital technologies helped bring this creation to life. 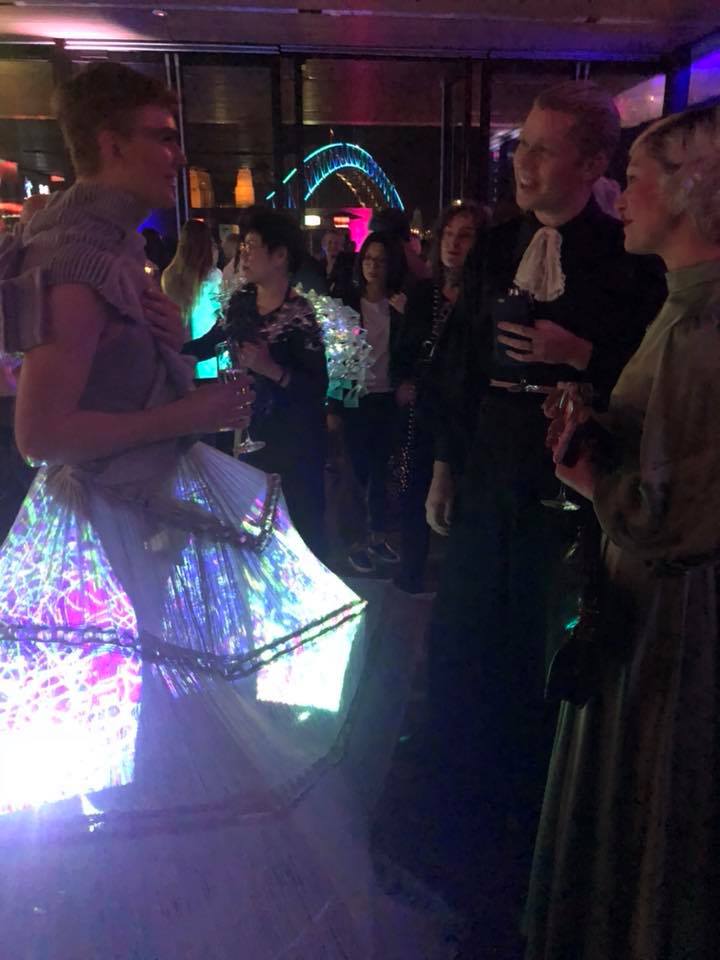 Jen Chua of UTS Design along with her colleague Simon Harris  created Ambiometic Nightscape. The upper body structure was formed by individual pieces of laser cut acrylic pieces linked together and then sewed to an skirt which was made from wool grown and milled in Australia. Readers may nor may not be aware there are only a handful of Australian wool mills remaining as many operations have been outsourced offshore.  Jen and Simon incorporated a light show with geometric patterns within the skirt to complete the overall piece.
Held on the rooftop of the Museum of Contemporary Art which overlooked the light playground of Sydney Harbour that had hosted VIVID for the previous two weeks, this event was organised by Arteconnect a start-up with the vision to inspire community through art and technology, it was the perfect finale to the final evening of Sydney’s  vibrant and and visual festival.
All images: Tereza Berkemeier