Pop star and professional bad girl Rihanna has come a long way since her Pon De Replay days. Whether it's her on-and-off again relationship with Drake or her latest Coachella scandal-the media always wants to know whats up with our RiRi. Drama, boyfriends, and scandals aside-the girl can really dress-and she dresses with balls.

Rihanna always pushes it to the limit, especially when it comes to fashion. Such daring and iconic looks are often imitated-but rarely duplicated. We don't think we've seen such a successful fashion risk taker since Madonna. We've taken the liberty of assembling her most shocking, lovely, and unique fashion moments, moments were confident will live in fashion infamy. In honor of her latest album, Anti Rihanna took the whole androgyny thing for a spin....and it really worked. It was a surprising and refreshing twist from the scantily-clad Rihanna everyone anticipates...and did we mention, it really worked for us?

Rihanna donned this flapper-inspired ensemble in 2014 at the CFDA awards. The sheerness of the look caused quite the stir, which is nothing new in RiRi's world of scandal and fashion risks. Rihanna's commitment to shock was solidified when the singer later told Vogue she wanted to "slice her throat" for picking such a safe choice in underwear.

Here's Rihanna at the 2012 VMAS looking like the most bada#$ ballerina we've ever seen. Personally, I miss the Ronald Mcdonald do.

This daring tuxedo-inspired ensemble she chose for the 2014 British Fashion Awards enabled Rihanna to flaunt her famous curves with class. Our girl went old-school glam for the 2012 Grammy Awards with this custom black Armani. 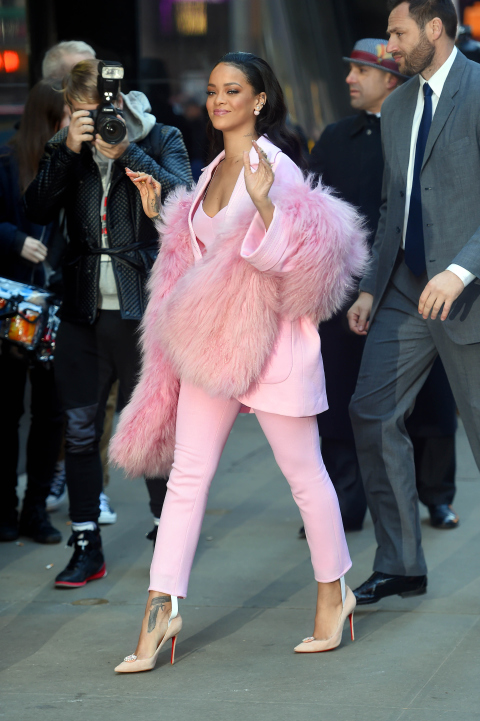 Rihanna stepped out on the NYC streets in head to toe pastel pink. 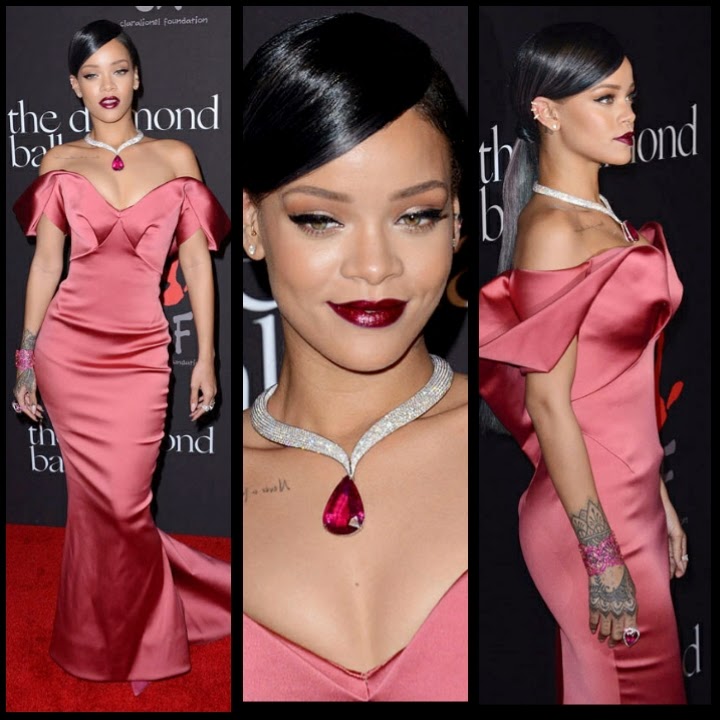 RiRi sported this Zac Posen off-the shoulder gown for the  Beverly Hills' Annual Diamond Ball. That bling looks like it belongs on a Disney princess. 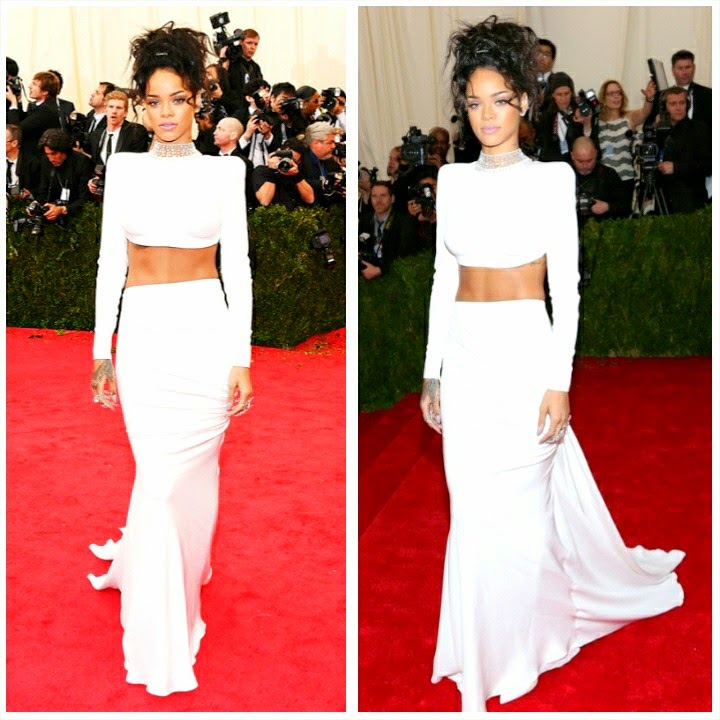 Rihanna looked angelic with a much welcomed twist of sex pot at the 2014 Met Ball gala. Here's Rihanna looking stunning in a get up that would make the rest of us look like Oscar the Grouch.