Imagine shopping expeditions with your best friend to charity stores like Salvation Army and picking out second hand clothing pieces based on whether they were ugly or beautiful then  years later heading up not only one of the coolest retail stores in the world but also leading and changing the game for a high fashion French brand. This has been part of the journey for Humberto Leon and Carol Lim who have a unrivalled talent to see beyond fashion trends and revive interest in brands that defined their own youth such as Levi’s and Timberland. They attribute their lack of formal fashion training as one of the reasons for success as they continually break rules in the fashion industry they are not aware existed.

Meeting as undergraduates at Berkeley University of California they both held corporate jobs for almost a decade before taking a trip to Hong Kong. This trip gave them the opportunity to discuss the possibility of running a retail store which combined their passions for travel and fashion.  They envisaged their store could sell apparel that they discovered on their travels, also cult streetwear labels like Proenza Schouler, Alexander Wang and Rodarte and perhaps hold future co-designs of their own.   Taking a leap of faith they invested in a space on Howard Street near Chinatown, Manhattan and decide the name of the store to be Opening Ceremony. The name Opening Ceremony being a nod to the Olympics of which they are both big fans of as a sports event that unifies cultures. In 2002 the store opened and to their surprise all stock sold out.  They went on to open more stores in New York, LA, Tokyo and one in London to coincide with the Olympics.

On one of their trips to Brazil they stumbled across flip flops which they loved so much they bought a trolley full of boxes to take home to the USA.   With no importing process established for these shoes, buyers for Open Ceremony stepped in to implement a shipping process.    Known as Havaianas these flip flops are now one of the most popular and recognised brands around the world.

KENZO the French high fashion Brand under the luxury goods conglomerate Louise Vuitton Moet Hennessy (LVMH) approached the pair to be co-directors in 2011. This was a puzzling appointment for some of the staffers within LMVH as firstly Leon and Lim do not have a formal training background in design themselves and though retailers with their own stores, they had a prominently youth customer base, whereas the average age for a KENZO customer at that time was 55.  Secondly, though multilingual neither spoke French.  This did not perturb the founder Kenzo Takada as he too was only a retailer who started with his own little store Jungle Jap.   Plans for their first collection for Kenzo commenced. There were sceptics amongst their team when Leon and Lim decided to include a cotton sweatshirt in this collection as they were told “We don’t have a sweatshirt category”. Subsequently the pair had a long and hard journey of discovering and breaking new ground in a fashion market they had little knowledge of however came out on the other side successfully. Five years later that dubious sweatshirt embroidered with the head of a roaring tiger is now one of the brand’s staples. 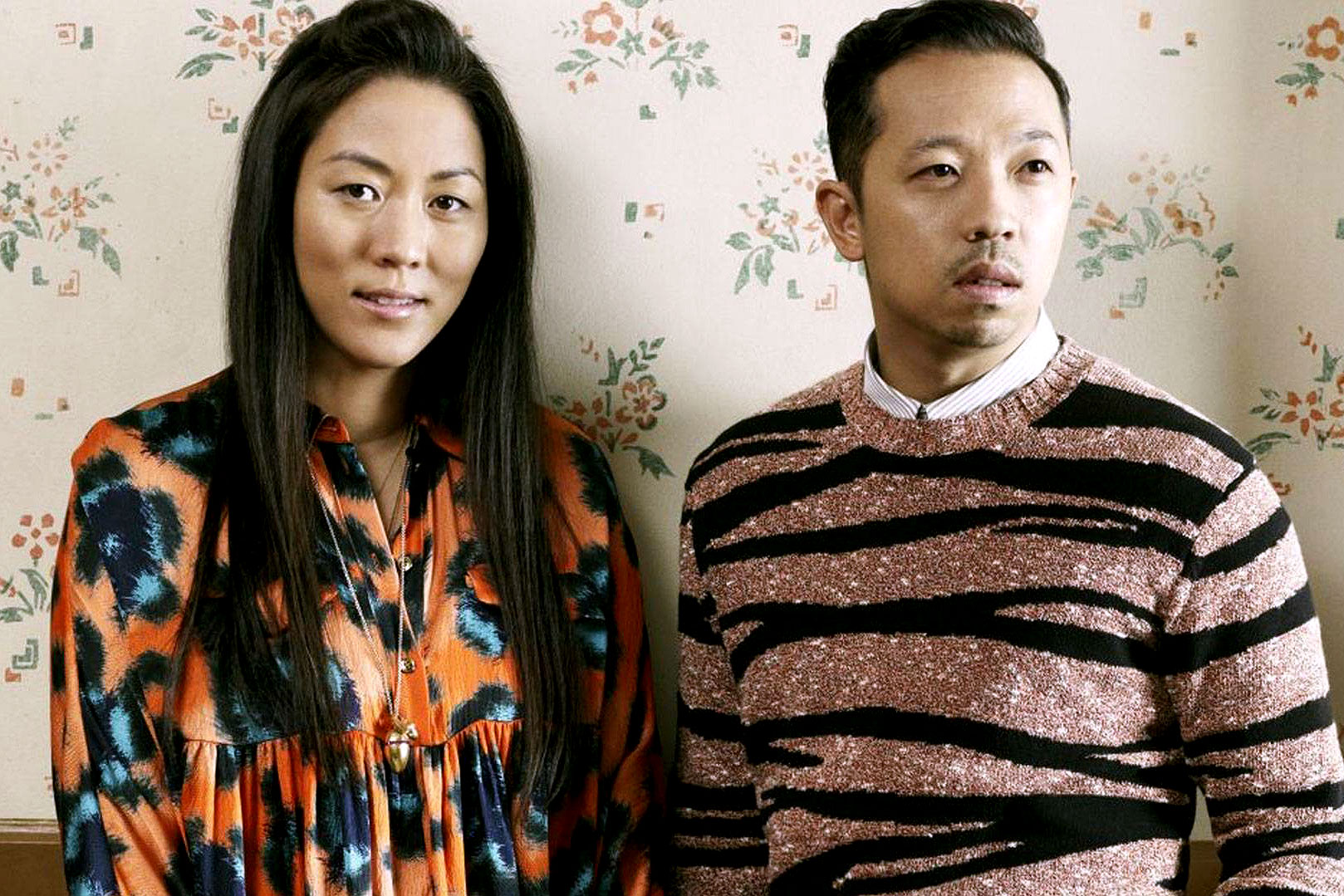 Leon and Lim are known to use their runway shows as a platform to express ideas and in September 2016 they made quite a political statement with their runway show presented as a pageant which was created to challenge yet at the same time support the American democratic process.  It was called ‘’Pageant of the People’’ inspired by the American immigrant experience celebrating diversity and encouraging people to vote in the pending election. The show was indeed run like a pageant and those invited to walk the runway were asked to present their political view of choice including 14 year old Rowan Blanchard an actress for Disney programs who is also well known as a public activist in areas such as gun violence, human rights and feminism.

Though not formally Designers, last year they won the Cooper Hewitt National Design for Fashion Design and are also now members of the Council of Fashion Designers of America.

While teams of buyers take notice of the competition across the runways, Opening Ceremony can rely on its founders’ own ability to spot the next big fashion thing. If they think it’s cool, it most likely will be.

Hopefully the pair may consider a trip down under where Australian cool footwear RM Williams partly owned by LVMH were created. What we have seen with Leon and Lim so far…..anything is possible.