On the 10th Day of Christmas

With only a couple of days left until Christmas, we bring to you some interesting insights into the companies and people behind some of our favourite Australian beauty brands.  Today we highlight Milk and Co, Mimco and ModelCo who we have included in our guide for last minute gifts.

This beauty care range was launched in 2008 as a line of men’s skincare products that would help with the harsh effects of the Australian climate and chlorine from regular swimming in pools.

Following this, Lindy Klim launched ‘Milk Baby’ a line of products for infants and then a line for women.  Michael and Lindy have three children together so this line was a perfect fit for their family.

The Milk products contain marine based ingredients like algae extracts and brown seaweed.   It is an affordable easy care range which can be found in a selection of chemists, Coles, Woolworths and speciality retailers.  Internationally it is sold in Sephora in Singapore, Boots in the UK and Boshiwa in China. Featured in our gift guide is the Milk body oil which has Papaya extract, Lavender oil, Soy oil and Vitamin E.

In her mid-twenties in 1996 Amanda Briskin-Rettig designed a few leather bags and travelled to overseas factories with these sample products.  She chose to approach gift and lifestyle stores instead of fashion stores with her own budget of $5000. Once she got a nod from a couple of stores she started having the bags manufactured in China.  She chose to name the brand MIMCO which was inspired by her childhood name Mim.   Brisken-Rettig wanted to try her hand at accessories because she personally could never find a bag that she loved.  MIMCO started to grow and in 2007 she decided with her husband to sell their company to the private equity arm of Wesfarmers, Gresham also the owners of Witchery.  MIMCO is currently part of the Country Road Group.   Briskin-Rettig created her latest brand A-esque which also creates luxury handbags.  Featured in our gift guide is two Mimco Pouches in Pistachio and the ‘’Sparks Fly’ in Schiaparelli Pink. 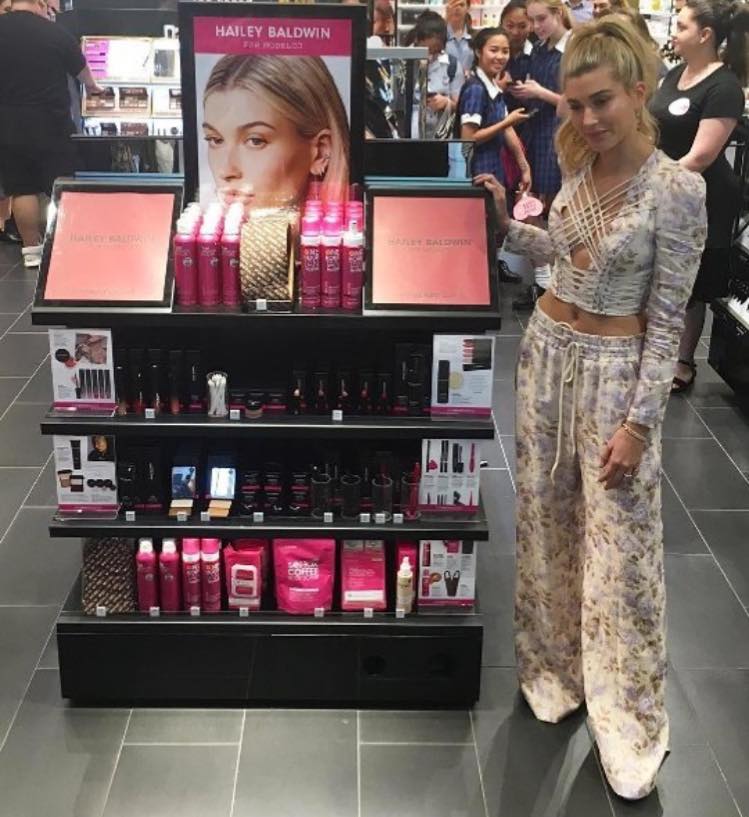 ModelCo was launched in 2002 by Shelley Sullivan (nee Barrett) who ran her own production agency and then modelling agency. The first ModelCo innovation was the Turbo Lashwand and Heated Eyelash Curler launched in 2002.

In just a few months Turbo Lashwand sold out worldwide and was featured in beauty editorial across the globe in publications such as VOGUE, Harper’s Bazaar, Marie Claire and InStyle. From this one product ModelCo soon became a massive international cosmetics brand.  ModelCo is also known for its self-tan product which uses a blue-green based formula that takes care of the orange effect associated with most self-tans.  Shelley Sullivan seems to have a knack for creating innovative, practical beauty tools and also for selecting the right ambassadors for the brand.  Ambassadors have included Elle McPherson, Dani Minogue and Rosie Huntingdon-Whitely.  This year ModelCo established a very exciting collaboration with Hailey Baldwin with the latest line for ModelCo which includes Glow beauty balm, emphasising Hailey’s favourite ‘no makeup look’.  Hailey Baldwin came to Sydney in November for the launch of the new product range Hailey Baldwin for Modelco at Catalina’s and also made an appearance at Mecca Maxima, Chatswood.

Australia proudly boasts a plethora of beauty brands from skin to haircare such as Aesop, Kester Black, Mr Smith, Sodashi and Grown Alchemist.  2017 sees a variety of options, each brand making an international mark across the globe. 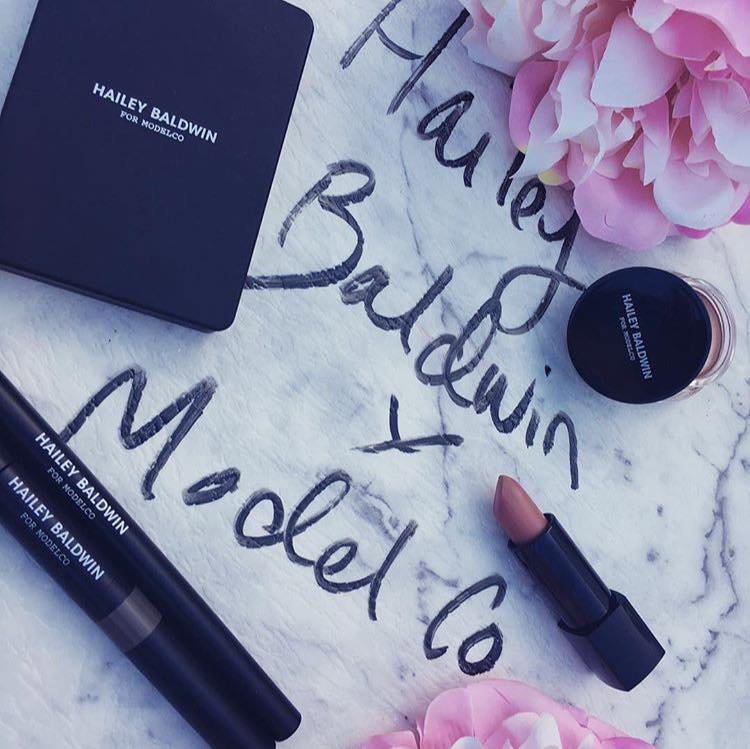