It was a moment fit for a Queen. Just days after the annual Met Gala (a.k.a. the "Academy Awards of Fashion") Vogues editor-in-chief was hot on her heels to Buckingham Palace in London. 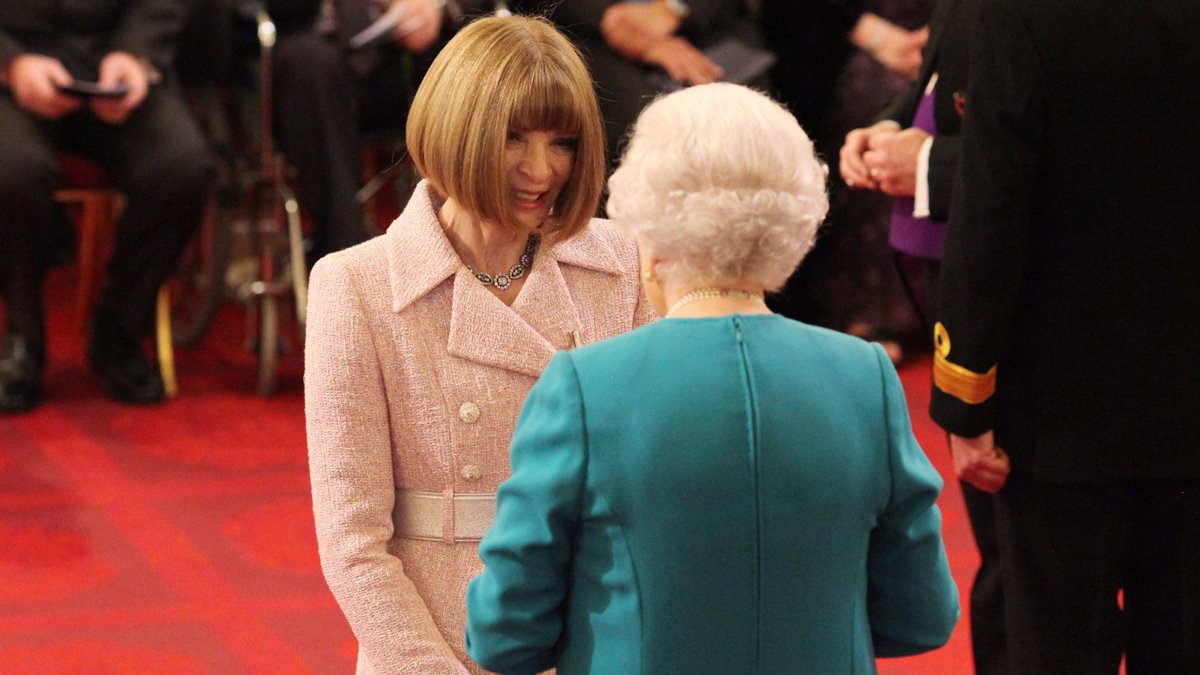 Editor-in-Chief, American Vogue and Artistic Director, Anna Wintour was made a Dame Commander of the British Empire by Queen Elizabeth II on 5 May 2017.

Wintour, 67, who has run the magazine for almost 30 years, was honoured in the diplomatic and overseas list for services to fashion and journalism.

She wore her trademark sunglasses (removed before entering the palace ballroom of course), along with a pink Chanel suit and nude Manolo Blahnik heels.

After the ceremony the fashion icon smiled broadly (another rare occasion), which she had attended with her newly engaged daughter Bee Shaffer.

She also revealed that the Queen had struggled to attach the insignia to her pink, belted Chanel outfit. 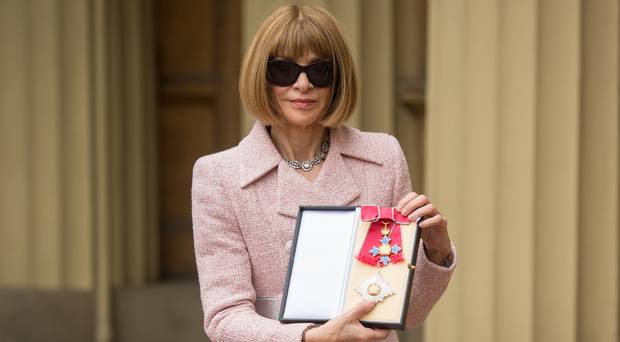 She described the occasion as “extra special” and said it was “wonderful” to receive the award in her home city which she has “so much affection and love for”.

Wintour began her career as editorial assistant at Harper’s & Queen in 1970 before moving to New York to work across New York Magazine. She later moved back to England at the helm of British Vogue from 1985 to 1987 before taking her position at American Vogue in 1988, where she remains editor-in-chief.

Departing in true Wintour style, she thanked Queen Elizabeth for Prince Philip's "inspirational" service one day after he announced his retirement from royal duties. 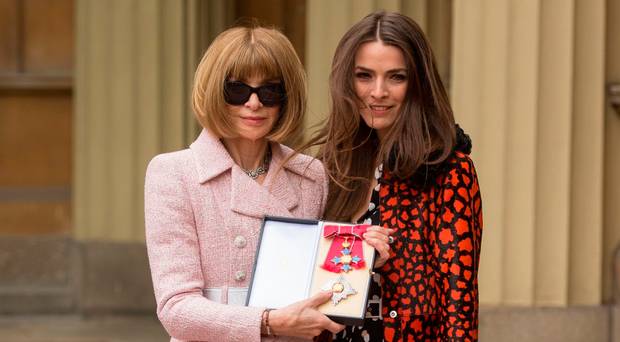