MBFWA Day 5: The gender lines are a bit blurred

The day started with a bus, a train and a taxi ride to Bondi, Icebergs, for the first show. Location was on point with a cold brew coffee on arrival and the runway overlooking Bondi beach inside the dining room and bar. Ten Pieces consisted of mostly black and white block colours with an edgy and comfy street wear vibe. Male, Female, the designs appeared to be made for both genders. 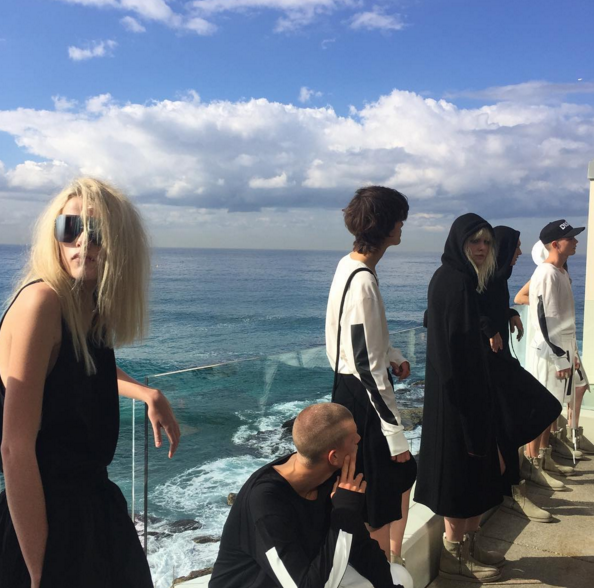 Back to Carriageworks, the Raffles International Showcase was next on the agenda. Raffles is a fashion college and showcased 7 of their emerging designers. My favourite was Enve. Her designs were modern, timeless and ready to wear.

Mariam Seddiq was all about the detail with black and white formal/business like pieces with silver duals.

The next off-site show was Dyspnsea, and with the media bus full, I hitched a ride in one of the Mercedes-Benz cars... .no biggie! The location? At the Sydney Opera House. On a boat! It was incredible! Open bar, DJ, a cheese table (not board, table!), doughnut time, and of course fabulous clothes. Think pink, fluffy and fun. The whole show was a party on water! 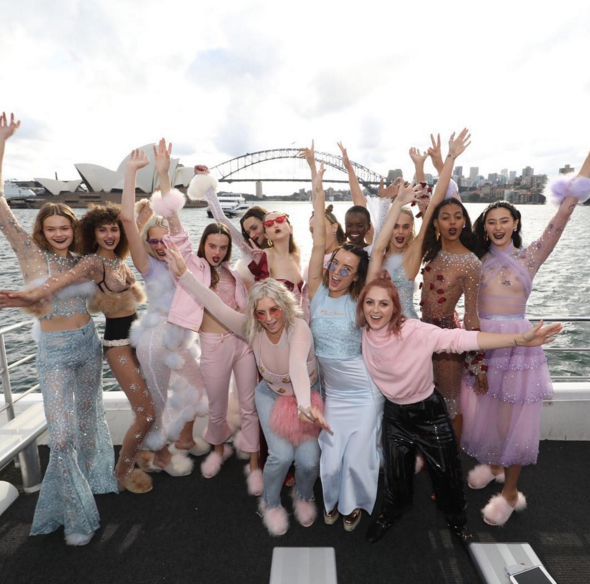 A Mercedes-Benz car ride back to Carriageworks and a quick pub feed to refuel and I was back at the next show, Akira. The gender neutral and loose fitting items were more feminine than masculine which seemed to be a common occurrence with the men's fashion.

The Strateas Carlucci runway was lit up with a silver frame down the centre which made for a great photo op. It appears the trend of a circle out of the shoulders has made a new development and the whole sleeve now hangs half off!

Romance Was Born was the final show of the night and of MBFWA 2017. I was so excited for this show, which started about 45 minutes late. Unfortunately, the runway was filled to capacity and they stopped letting people in. After the initial mourning stage, I ran to a live stream screen and watched the incredible show. Colour was bright and bold and the runway was a smokey, flowery show of unicorns and fairy land! 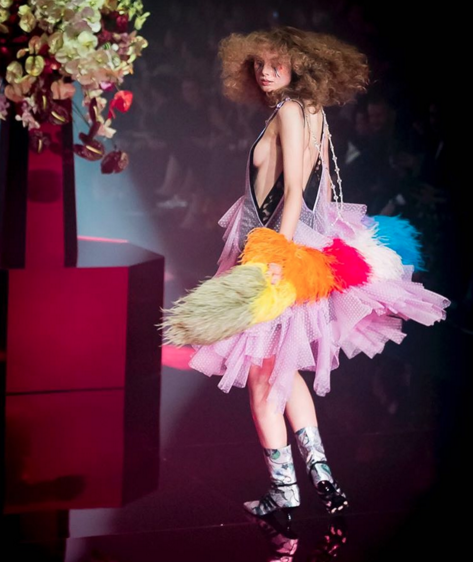