There are countless movies that act like fashion comfort food, ones we turn to time and time again for pointers. I’m talking Clueless, Almost Famous, and anything Wes Anderson. But can I make a case for Mannequin? Oh you don’t remember it? Allow me to jog your memory on what is either the best or worst movie of 1980s. It’s all a matter of perspective.

Mannequin stars Kim Cattrall as Emmy who, for reasons unknown and largely unrelated to the rest of the plot, we first encounter while she’s dressed as a mummy in ancient Egypt. She doesn’t want to be married off to a dung salesman so she prays to the gods and, after an almost psychedelic animated opening sequence that sees her move through history as a cat, ends up as a mannequin in 1987 Philadelphia. That’s where wannabe sculptor Jonathan Switcher, played by everyone’s collective 80s boyfriend Andrew McCarthy, comes in. His obsession with his latest creation (Emmy) borders on creepy so he’s pretty promptly fired from his job as a mannequin maker. Don’t panic though! The pair are eventually reunited when he takes a job at a failing department store and, despite Jonathan appearing odd as heck to literally everyone else since they can’t see Emmy when she comes to life - not to mention a dastardly plot by an ex-girlfriend and the folk at a rival store - they ultimately live happily ever after.

It’s obviously corny. It also features characters who are little more than stereotyped caricatures and subplots so problematic they definitely wouldn’t fly today. However, while re-watching Mannequin on a girls trip recently, I was also struck by Kim Cattrall’s killer style. It’s a bundle of contradictions; simple yet outlandish, a total throwback yet totally ‘now’. But most of all, it’s dang powerful. So. An investigation, if you will…

Exhibit A: The Power Suit 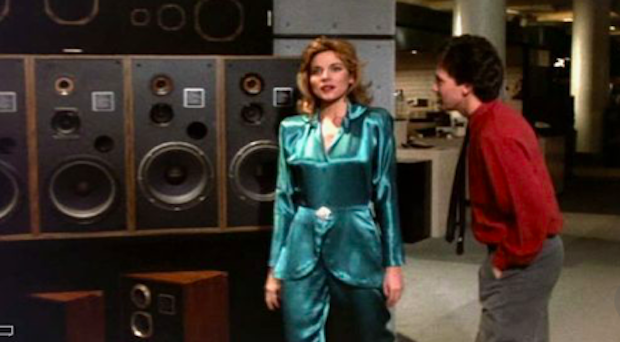 Yes, that is Kim Cattrall wearing a green, satin, power suit and I can’t quite decide which element I love the most. Is it the perfect peacock hue? The superb silhouette with strong shoulders and a waist nipped in at exactly the right point? The lack of accessories yet undeniable completeness of the look? I think Samantha Jones would be proud of this one.

Exhibit B: The Power Dress 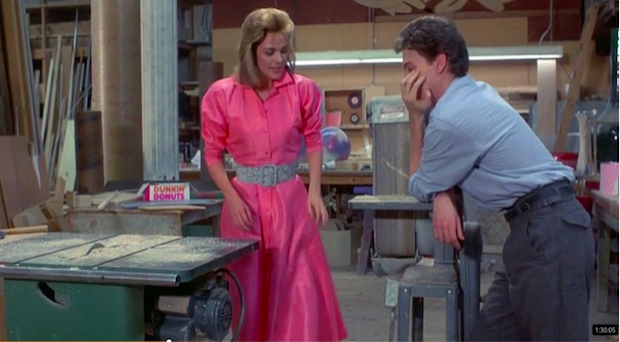 One word: OBSESSED! Now lot’s more words! Don’t you just love the way this outfit plays with proportions, the way it mixes soft elements with those that ooze authority? Because I do. I really, really do. The combination of Barbie pink fabric, over-emphasised shoulders and snakeskin belt is absolutely retro and yet (!!!) I wouldn’t be at all surprised to see New York’s fashion “It” girls stomping down Fifth Avenue in a similar style next week. Also, shout out to Dunkin Donuts!

Exhibit B: The Power Swim Suit 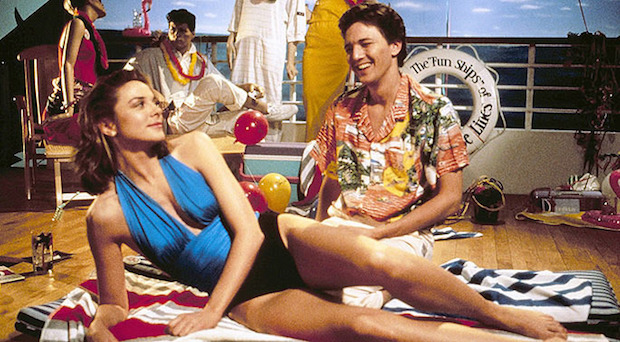 Brb, busy pinning halter-neck swim suits to my Summer 2018 board. Kim’s bathers serve as a whirlwind sartorial tour through the decades; the halter neck harks back to Marilyn Monroe’s iconic white dress, I’d use the word ‘80s’ to describe the shade of blue, and ASOS is currently stocked with similar items for this swimwear season. Magic!