Poppy King was 18 years old when she started her own cosmetics brand in 1991 with a range of lipsticks called Seven Deadly Sins.   She envisaged creating a matte finish lipstick with a crayon like finish. Her lipsticks became part of Australian 90’s culture, a brand that was Australian and so very cool. Not only was she known for her lipsticks she was an icon for young female entrepreneurs and won the 'Young Australian of the Year Award' in 1995. Such was the company’s success it expanded quickly into the US however shortly following amidst investor disagreements, the company collapsed and went into liquidation. Poppy King found herself facing ruthless criticism from the Australian media. 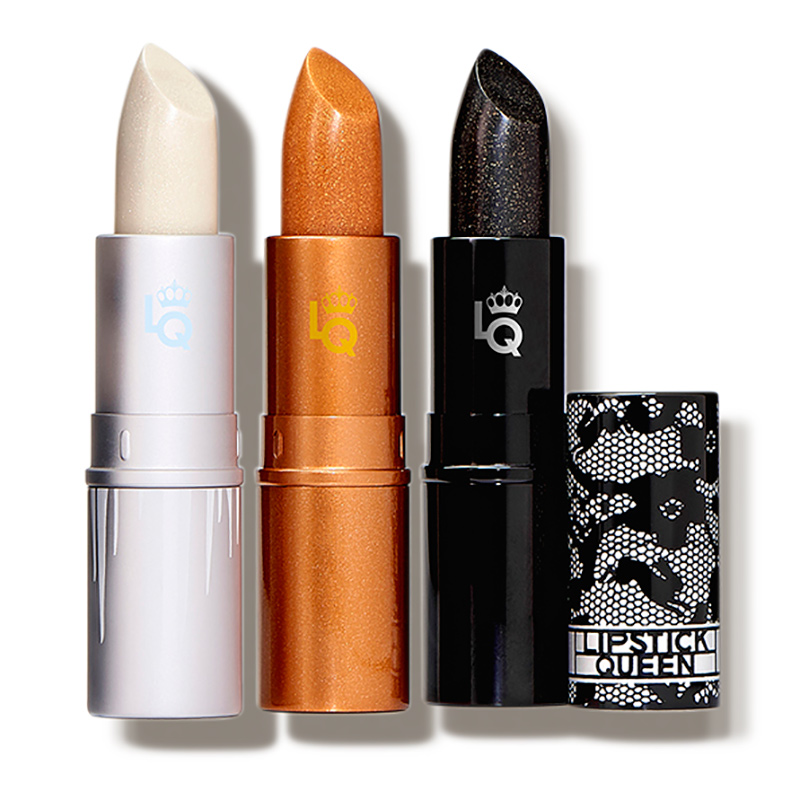 King has been based in New York since 2002 for some time working for Estee Lauder as creative vice president for their line Prescriptives.  She also established her own company Lipstick Queen. She very much wants to reintroduce her seven deadly sins range from back in the 1990’s and has been in touch with Neon Cosmetics to track down the original recipe for these lipsticks.  She plans to only sell the range exclusively to Australia. King understands and appreciates the transformation that lipstick can give a woman.  Lipstick Queen’s first range was called Saints and Sinners which are 10 shades in opaque and 10 shades in sheer.  This range is sold in department stores including Barneys, John Lewis and Bloomingdales.  They are also sold in upmarket beauty chains including Mecca.  Five years after the launch the brand was sold to Manzanita Capital.

Within the Lipstick Queen collection is one of its most unusual products The Frog Prince Collection.  The entire range is bright green! When it comes in contact with the skin it reveals a pink tone.  There is also a blush called Black Lace Rabbit which is a black crème rouge that claims it flatters all complexions.   The inspiration of the Black Lace Rabbit was King’s idea of black candlelight so she designed a sheer blush and added gold dust.

Lipstick Queen is indeed the result of a lifetime dedicated to finding the perfect lipstick.  This brand has a lip colour for every mood, occasion and outfit.  Poppy King has learnt much and also contributed much to the humble lipstick.  She understands that transformation is the name of the lipstick game and has successfully created and marketed products with this in mind.