Behind the label - Hender Scheme

Based in Japan, Mr Ryo Kashiwazaki created Hender Scheme, a label for artisan footwear and leather goods.  With their shoe collection they took iconic sneaker models including Vans, Nike Airs etc and made them in premium raw leather including the soles. The result: the shoes age well like an evolutionary progression. They called this shoe collection: 'Homage'.  The line adds a new design every season. Mr Ryo Kashiwazaki said he created Hender Scheme in response to today's generic mass-produced fashion using processes usually reserved for high end formal footwear.  These sneakers were expensive at $1000 a pair but the shoes have gained popularity so fast not only in Japan but across the world.  The label chose only to tap into the US market for some time as they were attracting buyers from stockists like Ssense, Barneys New York and Bergdorf Goodman. 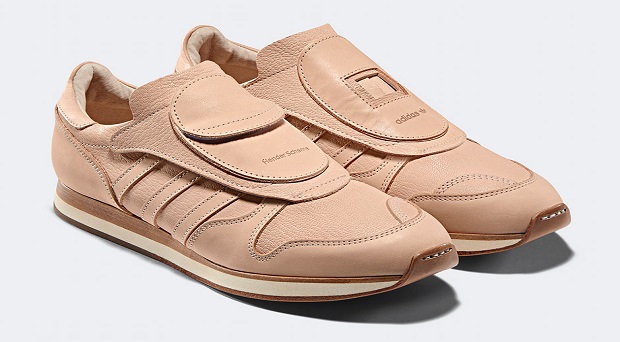 The big news is Hender Scheme is launching a collaboration with Adidas Originals on 2nd September - based on 3 iconic models, with only 900 pairs being created.

Stores will be carefully selected to sell these limited edition shoes that will retail between $US900 to $US1,000. The 3 models will include the MicroPacer with no pedometer, Superstar created in Hender Schemes pastel tones and NMD with its Boost midsole removed.   The sneakers will carry the Adidas and Hender Scheme logos.

In Hender Scheme’s flagship store in Japan, with bare stone floor and walls the shoes are displayed on unassuming bare ply boxes with the primary focus being the shoes. All the shoes do not look the same, they are made by different people who bring their own style to the shoes. To explain the process; each pair are made in different ateliers around Asakusa. From the sole-maker to the cutter to the hand-stitcher to the stamper who presses the Hender Scheme logo on the final product. Because of this lengthy process only a small amount of shoes can be produced. 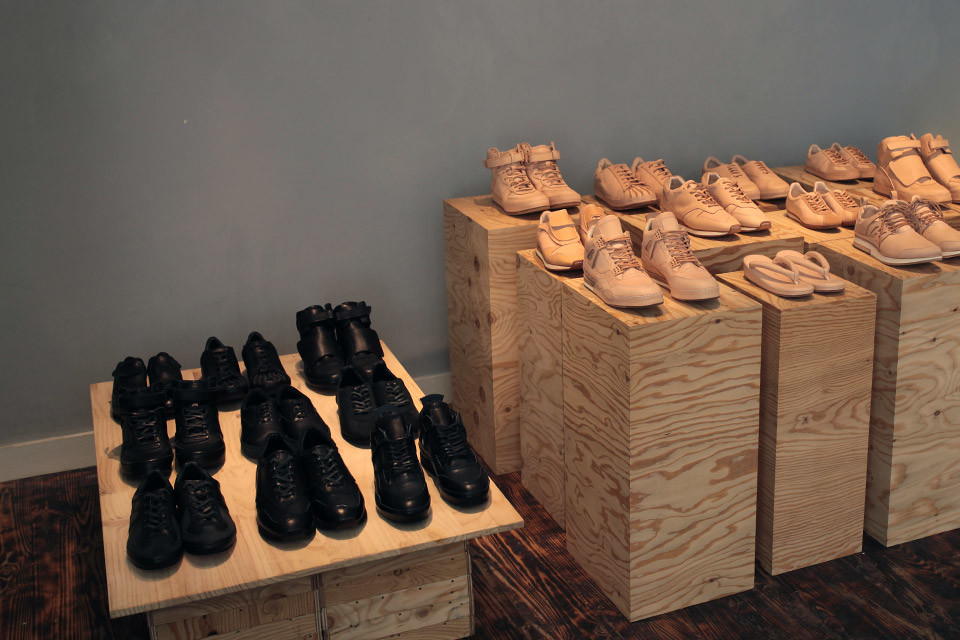 Kashiwazaki longed to create with his hands and at 19 he joined a shoe factory, sculpting footwear and making soles. He then spent four years apprenticing at a cobbler. It was there that Kashiwazaki not only learned the craft of shoe making inside out, but also the value of artisanal labour. He nurtured that knowledge and wondered how it could be presented to a wider audience. Many of the products are made from tanned leather in its natural colour. The variations in colour tones that bring detail to the original sneaker models come from using different animal hides.

At some point Hender Scheme was noticed by the sneaker heads at Adidas Japan. They began to visit Kashiwazaki’s studio to see and order his sneakers for themselves. Eventually, word reached Erman Aykurt, the senior design director at Adidas Originals. Adidas decided to approach the brand with a proposal for a collaboration. “In the sneaker industry what Ryo-san is doing is already well known and I was flattered that he included one of our styles into his little ‘Hall of Fame,’” says Aykurt at the Adidas Originals showroom in Paris. “We think what Ryo-san does, elevates our profile instead of denigrating it, the way a counterfeit product does. We love the idea of approaching sneakers from an artisanal perspective. It speaks to our ethos, because Adi Dassler also came from a cobbler background.”

With Hender Scheme and its new newfound attention he is quick to dispel any thoughts of making the brand into a large-scale business. “The nature of artisanal production has natural limitations,” says Kashiwazaki. “If we grow too fast, it’s not good for us and it’s not good for the artisans. I want to keep going for a long time and grow slowly. Artisans are very old now in Japan, so we have to groom more young ones. We hope Kashiwazaki successfully fulfils his overall vision for not only the label but also for the artisans and for their craft.