Behind the Door: Tereza at Style Fashion Week

Behind the Door is a series that goes behind the scenes with Miro Door volunteers, exploring the many ways in which we help connect young people with opportunities within the fashion and creative industries. Today, hear from Tereza - an ambitious volunteer who recently flew all the way to New York for the chance to assist behind the scenes at Style Fashion Week... 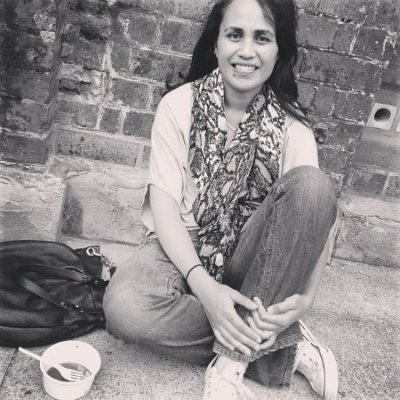 This year Miro Door provided me a once in a life opportunity as a volunteer for Mercedes Benz Fashion Week in May. In contrast to my orderly and structured daily corporate world, this chaotic and insanely exciting atmosphere helped me see an unrealised dream. So much so I decided to take a massive leap of faith and applied for another opportunity with Miro Door as a volunteer for Style Fashion Week in New York.  With a patchwork history of various marketing, production and fashion experiences - from a former student of June Dally Watkins Business Finishing school to marketing roles incorporating fashion sponsorships and voluntary roles within production - it seemed all these different paths led to Style Fashion Week and has given me the courage to change direction and pursue a vocational path in production.

On the 8th of September, I landed in New York at 7:30pm, focused on making the most of the unknown. It was extremely humid as the East Coast was experiencing one of the longest summers on record. The heat and the traffic just added to my adrenaline and after freshening up I was on my way to Hammerstein Ballroom as prearranged to meet other volunteers in our team at the official Press Party. Introductions were made quickly as my colleagues briefed me on the Malan Breton show and we headed downtown for dinner.  Dinner was quickly forgotten as to our luck we somehow managed to stumble into the entry of the Jimmy Choo 20th Anniversary celebration.  What a way to start Style Fashion Week!

Call in time at the Hammerstein was 12pm as I met the rest of the team and FOH Manager Ivan Arce. My first duties started with various tasks, removing and replacing seating numbers, creating and distributing gift bags. I then joined Danny Flores and his BOH team.  Danny gave us a quick tour of the Hammerstein Ballroom, introduced us to hair and makeup team and then we were assigned to various designers. It was a privilege to be assigned to LA designer Mario Del Torre and his partner Evette De Carlo who were showcasing their 1970’s inspired ‘Get Down’ collection. Evette and Mario involved us in every aspect including casting for models, cutting samples, learning how to apply boob tape properly, reapplying buttons, zips and techniques in steaming. Throughout the day we shared backstage with Antonio Rubio the Pet Fashion Couturier and the many dogs who arrived for his show. I also met Madeline Stuart from Australia who was walking for Bound for the Crown, Dexter Flawk and Patricia Michaels from Project Runway. Mario Del Torre’s show was the final show for the day and it was spectacular and classy. At 12pm I walked back to my accommodation when the rest of New York seemed to be waking up.

The next day I was pleased to be assigned to the Danny Nguyen Couture team. Again we were involved in the casting of models, preparing the bridal and evening pieces and dressing the models. We watched first hand this talented designer hand-sew each arm piece onto all the models. During this assignment, while the models were getting hair and makeup done, we were also asked to help with stage management for Janay Deann Designs, Bradelis and Adrian Alicea, assisting the models to and from stage to maintain a seamless flow. Adrian Alicea’s show was the finale, which was chaotic and wildly different from anything else we’d seen.

There was an atmosphere of jubilation as Style Fashion Week came to a close, and then various duties assigned to help bump out. Many new friends were made between students from FIS New York, emerging designers and models, and for me the highlight was meeting production managers who started in voluntary roles like myself.  On Sunday 11th September as a final goodbye the team went to see the top floor of the Empire State Building to see the double light beams representing the Twin Towers. I have now applied for a part time production course and hope to gain some work experience wherever possible. Thank you Miro, the Sydney team and Style Fashion Week team for providing a door into a creative world that is so exhilarating - it was hard to deny I had discovered a true passion.

For all the latest fashion events and volunteer opportunities, check out the Miro Door jobs page.