Behind the Door: Jo Ferrandu

Behind the Door is a series that goes behind the scenes with Miro Door volunteers and teams, exploring the many ways in which we help connect people with opportunities within the fashion and creative industries.

We had the privilege of catching up with Jo Ferrandu a creative, talented and a well regarded team member amongst our Miro Door volunteers, stylists, wardrobe managers, models and BOH teams in Sydney. 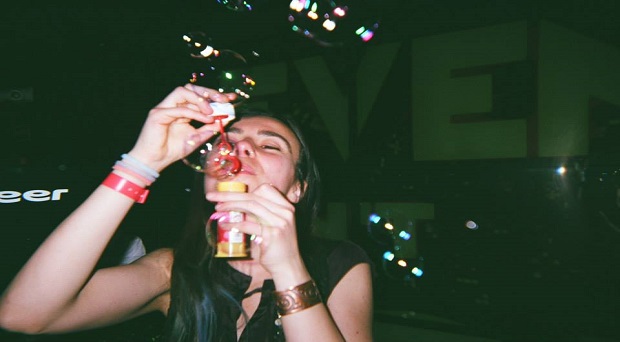 Jo is currently a student in a dance school and works part time for a production company within the entertainment industry. She enjoys being around artistic people, water and nature.  Jo can often be seen arriving at her Miro Door assignments by her chosen mode of transport, her skateboard. She has been a part of the Miro Door teams for MBFWA 2017, Myer, The Iconic and Chanel show.

Jo reigns from beautiful Sardina in Italy, though small it is the second largest island in the Mediterranean Sea, surrounded by emerald sea and beaches of snow white sand.  Jo is very happy working within a backstage environment as she had six years’ experience as part of the backstage production team for Les Misérables at the Queens Theatre in London. After six years she returned to Sardina with a desire to explore further production opportunities overseas.  I met with Jo in her Sydney home Bondi to learn more about her on the back of her finishing a long shift as a follow spot operator for Bruno Mars and Dua Lipa, the biggest concert the Qudos arena has ever staged. 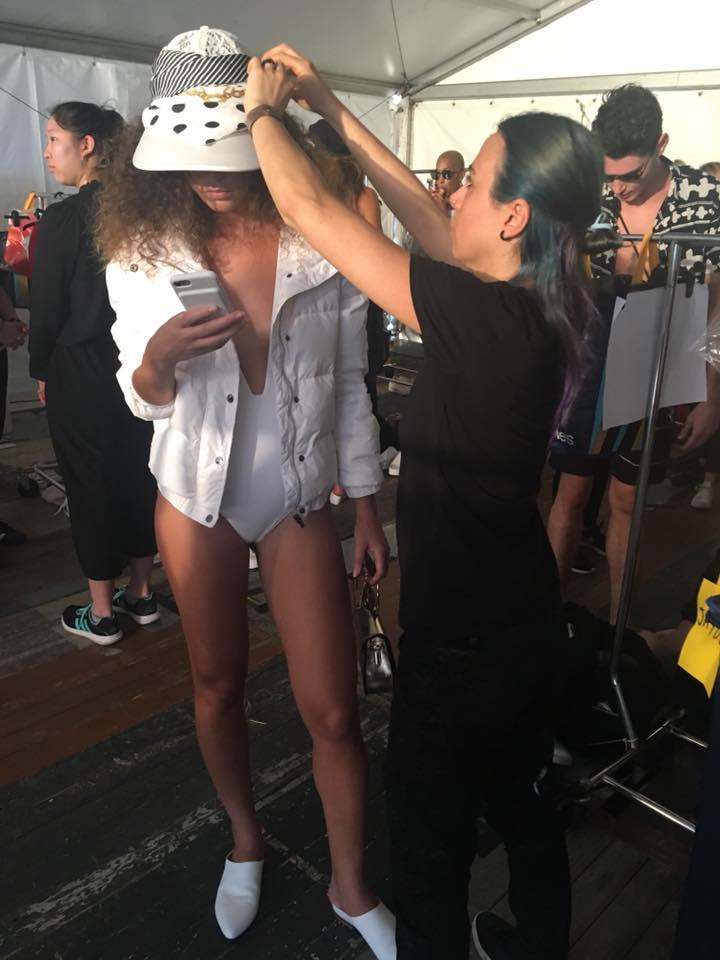 Coming from an island, Jo also has a huge love for the environment as her Dad always taught her to respect nature.  For example, she has appealed to the city council to question why there are areas that allow for public recycling and others that do not, hopefully there will be a favourable if not proactive response for Jo's campaign.  In the waiting times which can be long for back of house teams before the runway show, you can often find other Miro Door members captivated whilst listing to Jo share her passions for the environment and other matters such as up-cycling clothes.  Jo has worn her Dad’s 70’s clothes and accessories and attributes her open-minded parents for allowing her freedom of doing everything outside any box and label.  Her appreciation for up-cycling clothes due to its own ability to be able to reinvent something.

After spending a couple of months in Sydney on a tourist visa, Jo visited Melbourne and happened to come upon the Virgin Australia Melbourne Fashion Festival. She discovered that Sydney hosted the Mercedes Benz Fashion Week Australia and there were volunteering opportunities.   This was one of the reasons that helped her decide to apply for a student visa which has a part in her production aspirations  to study and work in Australia.

Unfazed by celebrity mostly because she is unaware of who is celebrity in Australia, Jo finds it easy to build rapport models and stylists at some level and has a knack of making them feel comfortable by recognising this is their careers, livelihood and this is business. She will always ask the model if they have had a dress or technical rehearsal and will go from there. This approach is often appreciated by the model.  From all of her voluntary roles for Miro Door, the Strateas Carlucci show has inspired Jo the most. She loved the designers signature darkly unisex aesthetic style which seem to challenge gender limits with oversized clothes and men’s jackets for women’s wear.   Uncanny as Peter Strateas and Mario-Luca Carlucci’s inspiration was Franca Sozzani who was the Editor-in-Chief for Vogue Italia. Sozzani was renowned for constantly challenging the system, pushing boundaries and concepts of fashion.

Initially she worked for Front of House for Les Misérables in London and always curious about what was happening behind the scenes. Jo used her first holidays from her job, volunteering for work experience for the Back of House team. The dressers department for the show did not seem very exciting at all, however when Jo was assigned her first Miro Door role at MBFWA in back of house as a dresser she did not expect to fall in love with this role as much as she has and in doing so she decided a BOH career and path is worth pursuing. These opportunities particularly in Back of House do not come up often and Jo firmly believes if we care about what we do, we care about the model we dress and care about the overall show as a whole, we bring much to our team and the show itself.

To work with Miro Door is fun and rewarding experience, for Jo it is has also been emotional.  As volunteers she feels that are very respected and not overlooked in any way.  The Miro Door management team are very organised as on-site volunteers are guided through the process step by step, right through from the security induction to the role we volunteer for. There can be long waiting times before the show starts, so this allows time to ask any question or clarify any doubt.

As an individual volunteer, being sensible about not interfering with other people jobs and space is essential, but also not being afraid to point out anything that could be a potential problem. Miro Door staff are very open to communicating and appreciate any extra help. Plus, befriending other volunteers is good and, why not as we all are aiming to bring together a high-quality show.  Also, as you have so much one on one time with your assigned models, making a connection with the models albeit brief - is good for building rapport quickly.  Taking this approach makes it all easier to help each other. We are part of a bigger picture and we can bring all the different elements of a production together to make a really great runway show for the client, brand, designer and for Miro Door.