Game changers are shaking conventional fashion by using 3D printing for creating their couture designs. There was a misconception that 3D printing was exclusive to those only in haute couture because it is an expensive and difficult way to make garments.  Also that it's methods were not only time consuming to execute but also difficult to translate into wearable clothes. However 3D printing has developed so rapidly in the past couple of years and materials have become more flexible and fluid to work with.  3D fashion is also environmentally friendly and can also minimise the amount of waste, as off-cuts can be used to make accessories. 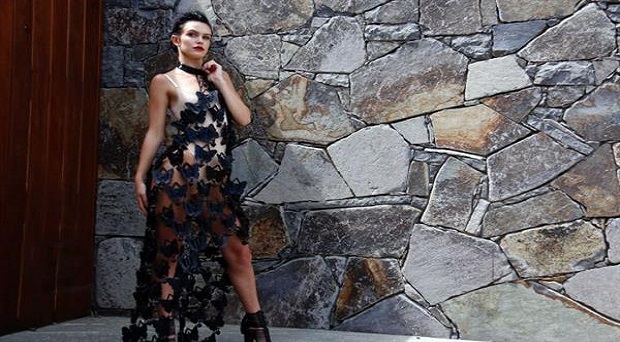 At 175cm in length a 3D printed dress was created by 23 year old Australian designer Charn Esterhuizen, made completely of rubber printed butterflies.  To create a single one of these butterflies it took more than five hours. A total of 150 butterflies were required to complete the whole dress.   Six printing machines operated around the clock and the project took two printing companies and nearly six months to complete.  It was one of the biggest 3D printed fashion projects of it's kind to be done in Australia. 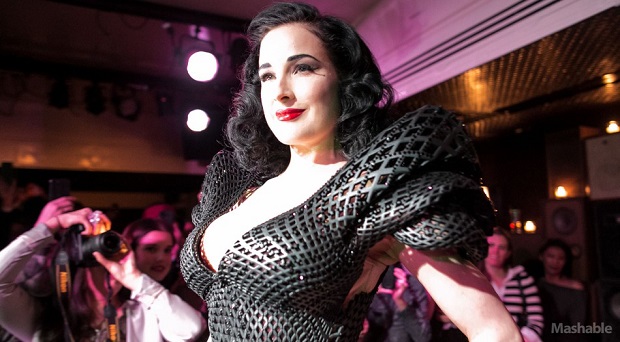 Architects Francis Bitoni and Michael Schmidt created a 3D printed dress for burlesque diva Dita Von Teese.  3D printers Shapeways hosted a convention where Dita Von Teese wore this spectacular creation.  The dress was made of 2,500 intersecting joint pieces linked together by hand and lacquered in black with 12,000 Swarovski crystals. 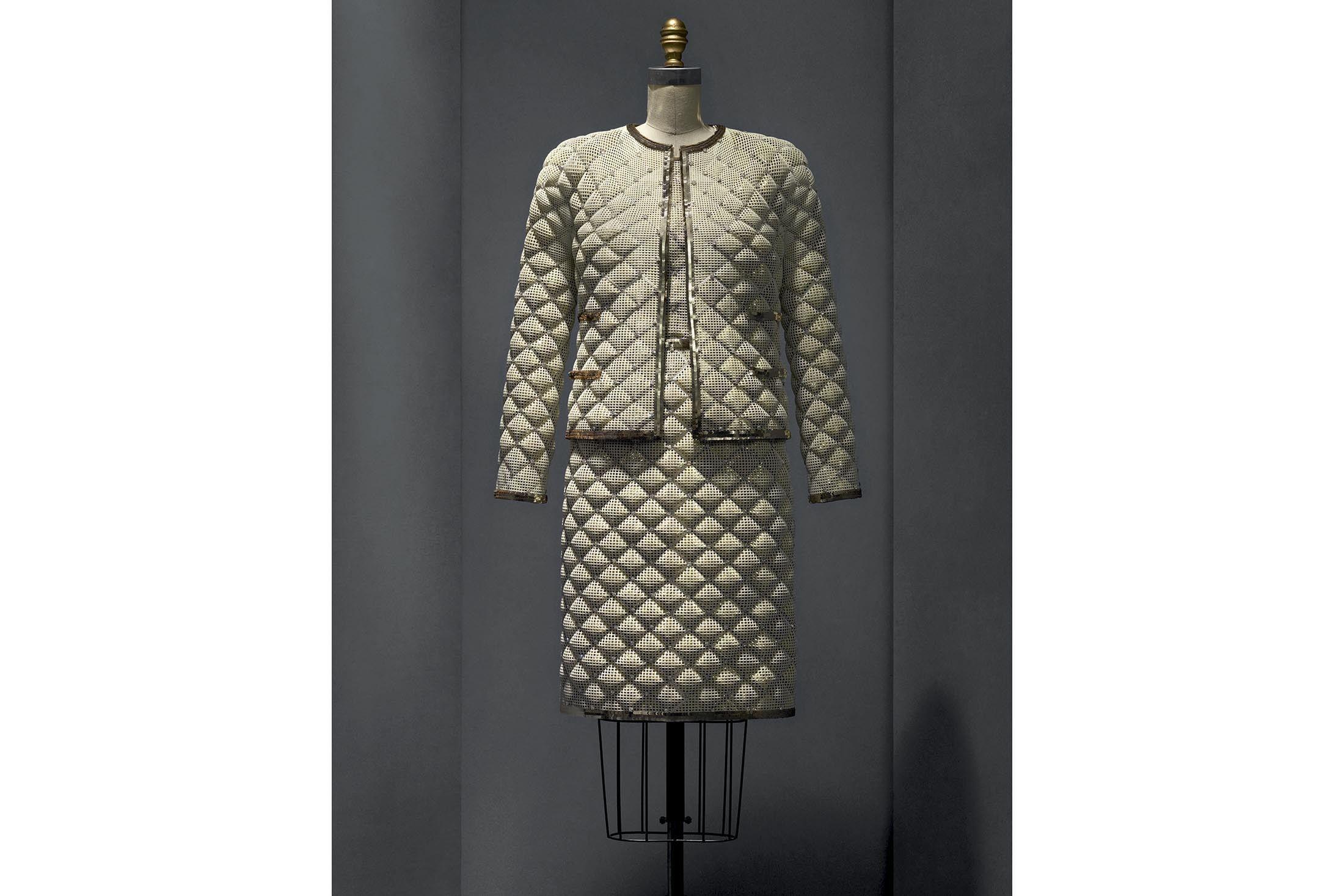 In 2016 the MET Costume Institution opened with its ManusxMachina exhibition.  90 high-fashion garments were part of this exhibition including many that were created with 3D printing.   One of its displays was a Karl Lagerfeld 3D designed Chanel suit. He reinvented the classic iconic suit from the 20th Century into a 21st century version.  The jackets structure used 3D printing instead of fabric and stitching.  The Chanel ateliers embellishing the suit with sequin embroidery and quilting. 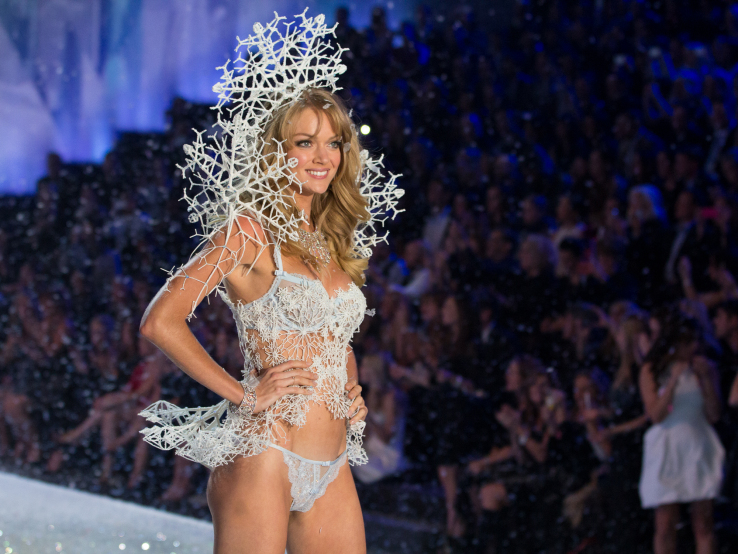 Bradley Rothenberg the Co-Founder and CEO of nTopology is a software engineer who has worked with many fashion houses to create algorithms and structures for 3D-printed clothing.  He stated in an interview that the kind of technology used in the Aerospace and Automotive industries has already been embraced by sportswear and naturally it trickled into fashion. Rothenberg was the architect behind the delicate, lace like, snowflake-inspired 3D printed bustier for Victoria’s Secret show in 2013.

In 2014 Melbourne architects and designer duo Kae Woei and Elena Low design InBloom made it to the White House for Reach Higher’s Fashion Education Workshop organised by Michelle Obama with their creation.  Their 3D printed dress using Polylactic Acid (PLA) and is one of the longest 3D printed dresses in the world. 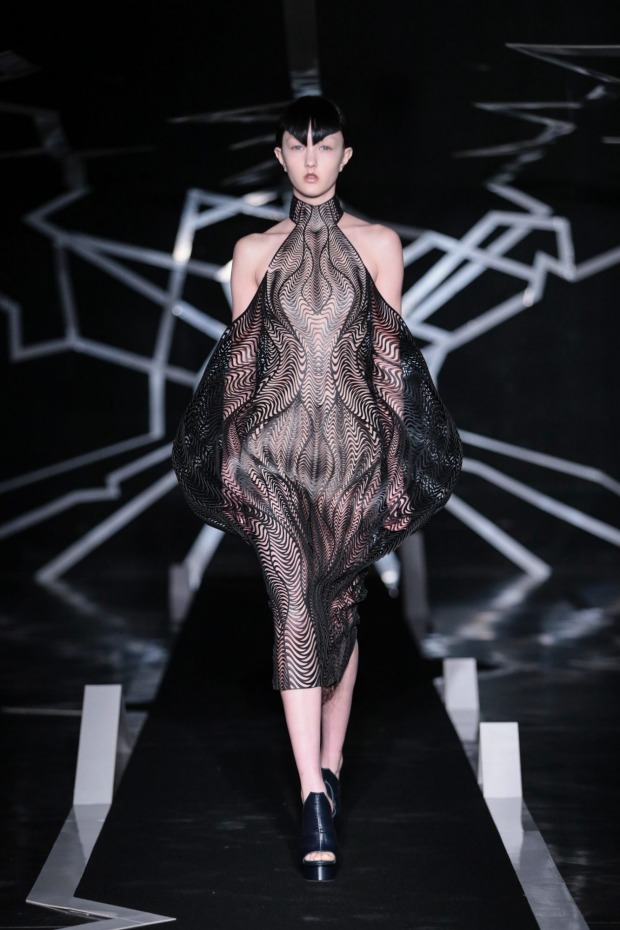 One of the most recognised and forward thinking fashion designers in the world is Dutch designer Iris Van Herpen. Her aesthetic creations have inspired collaborations with musicians such as Bjork. Six of her dresses were featured in the 2016 ManusxMachina exhibition.  Van Herpen stated the process of making a 3-D print is boring because it’s all done on a computer, however she loves the end result and the things she can make with it. She hopes in the future it becomes more human and more interactive.

There is no doubt these architects, engineers and fashion designers are cementing the vanguard of a revolution where 3D textures and textiles are reshaping the fashion industry.